South Korea is located in the eastern region part of Asian continent which occupies the south part of Korean nation, which is mostly covered by mountain region. South Korea is the world’s leading nation in terms of internet connectivity, Approximately 92% of the country's population are internet users, and they produce the world's fastest internet connection speed. Taek-wondo is the national sport of South Korea. It's believed that it has been founded over 2,000 years ago.

South Korea covers the total land of 100,210 km² which is ranked as 107th among other nations in terms of land area.

South Korea is bordered by the North Korea to the north, East Sea (Sea of Japan) to the east, East China Sea to the south, and the Yellow Sea to the west, and about the south east it is separated from the Japanese island of Tsushima by the Korea Strait

South Korea is totally surrounded by the mountain region and there are three major mountain ranges within South Korea which is the Taebaek Mountain and Sobaek ranges, and the Jiri Massif. The highest mountain peak in South Korea is Hallasan which is 1,950 m, and it is like volcanic formation forming Jeju Island. 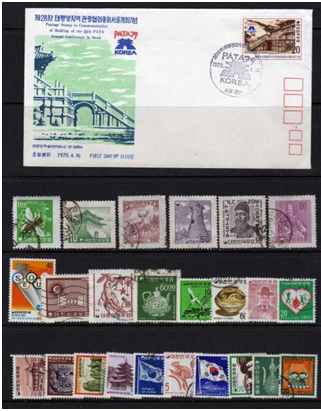 The air mail service will charge from16$ to 81.40$ which will based on weight of the parcel.

Some of the postal services which are used in South Korea